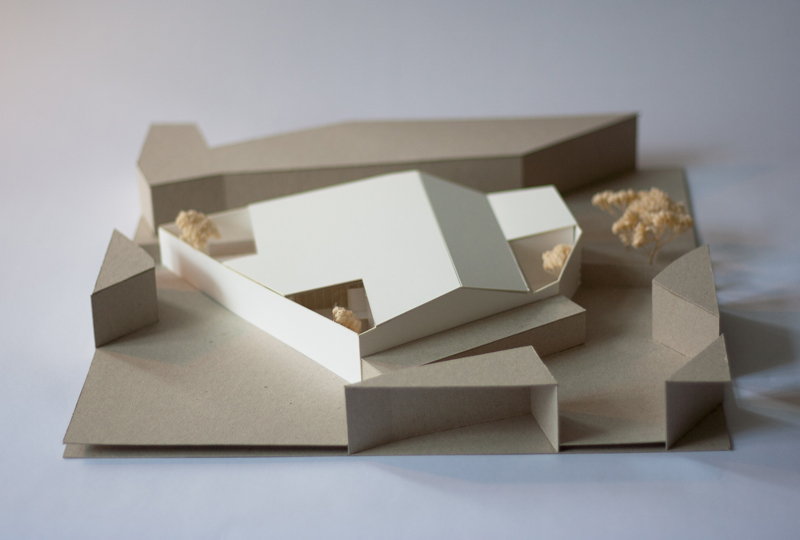 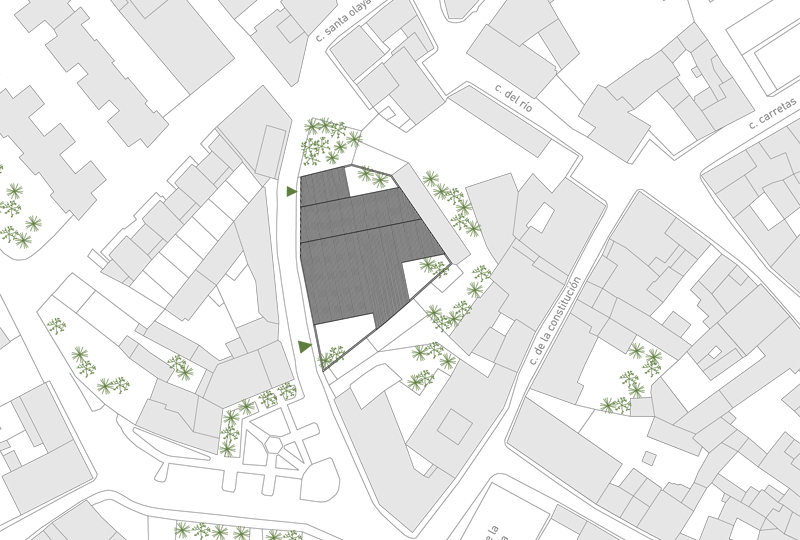 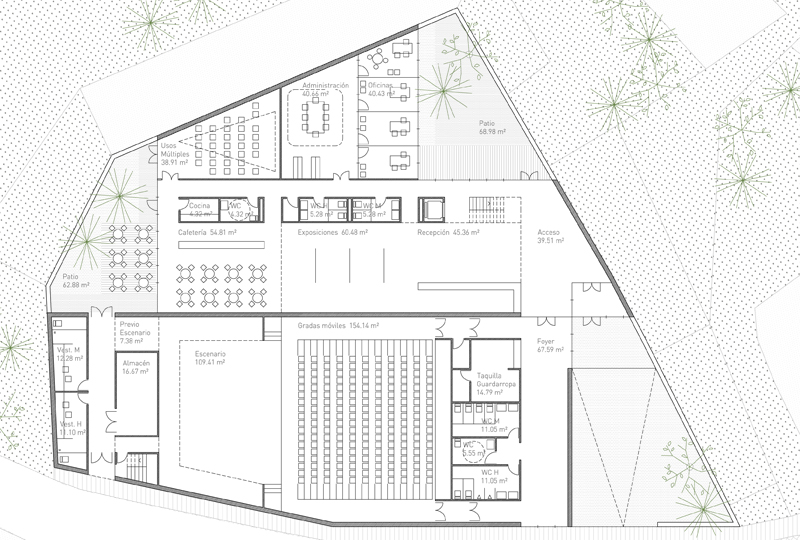 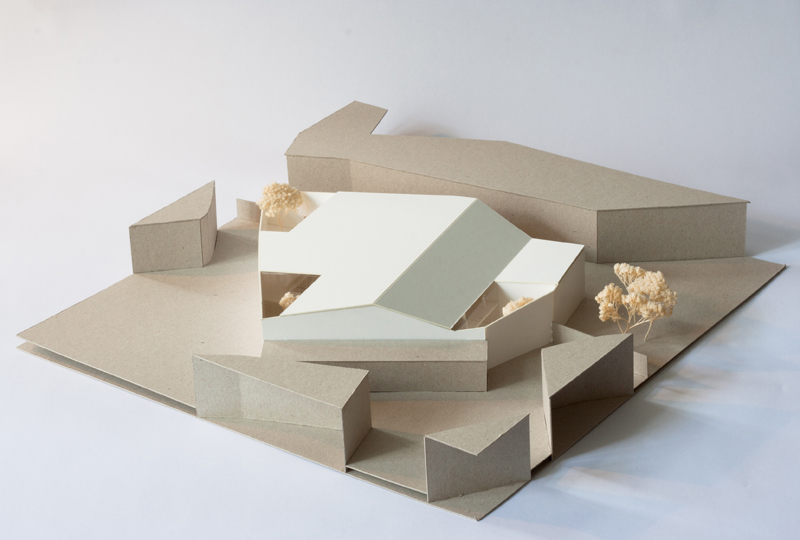 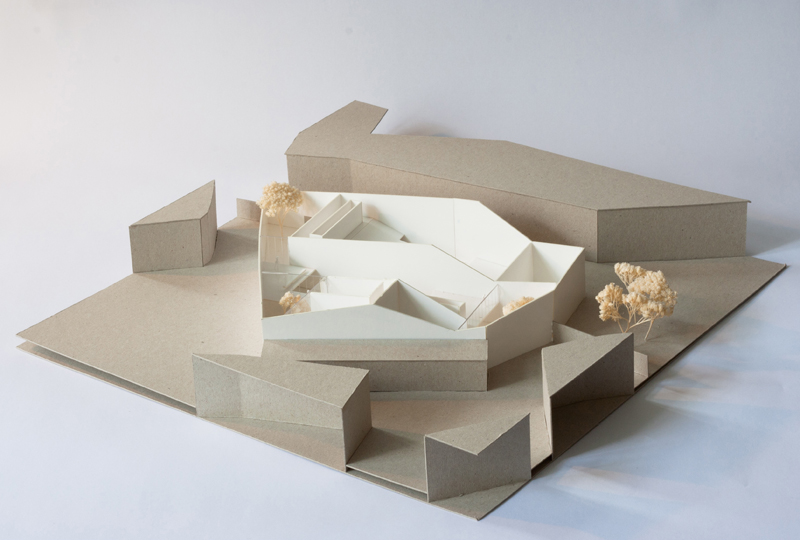 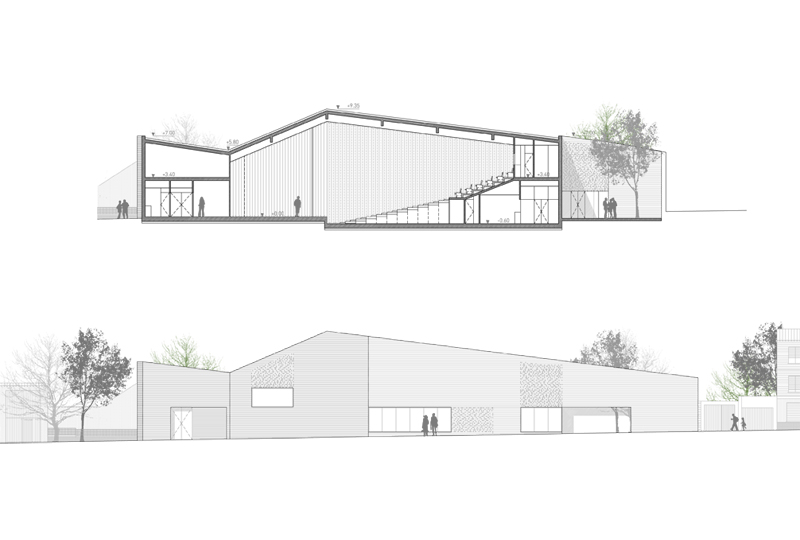 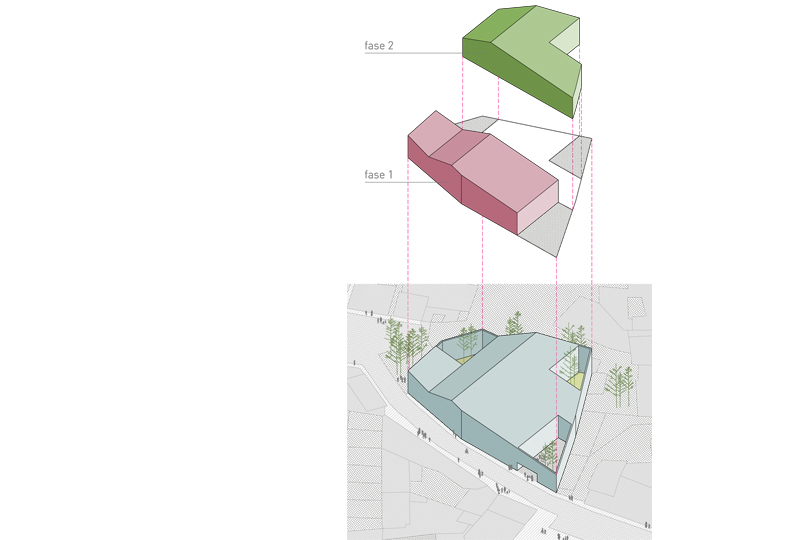 The new civic center of Cabezon de Pisuerga is situated in an excellent plot of the village center, very close to the Church of Nuestra Señora de la Asunción.

The whole idea comes from the initial decision of organizing the program with the possibility of developing the intervention very easily in two phases, the first one being useful by itself. The theater, which is the first phase, is positioned along the edge of the site, facing the street of Santa Olalla, taking advantage of the slight slope and creating a store access at the stage level. This way we economize resources by adapting the project in a non-aggressive way to the specific site. Instead of generating costly diggings, the building accommodates in the less violent possible manner.

In the highest part of the plot, which is also the closest to the church square, stands the main entrance, with a large outdoors meeting space. This space slopes gently down to the entrance, thus allowing direct access to the main floor of the building, which accommodates the multy-function space of the great room, where many kinds of events can be implemented (lectures, presentations, performances…), thanks to the installation of a telescopic grandstand which changes the appearance of the room depending on the specific needs. Besides, in the highest part of the room, a space has been reserved for fixed seats.

The outer shape of the volume of the theater is primarily a functional response to the acoustic and visual needs of the interior space, but it also aims to be an integrated element in the environment, respecting the scale and recalling the roofs of the town. At the same time, it is also recognizable as a singular and representative building.