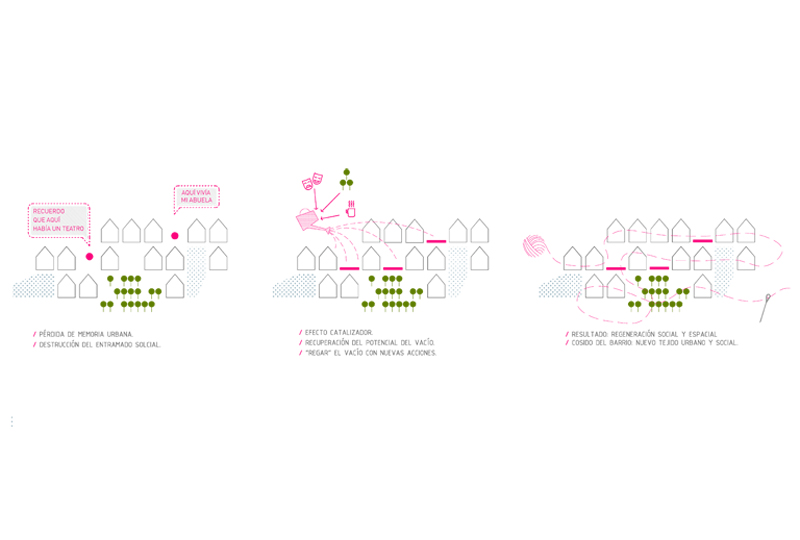 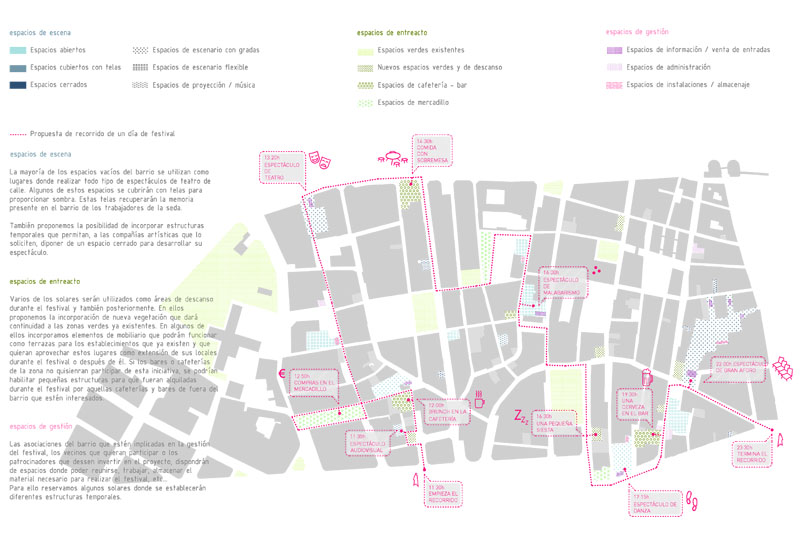 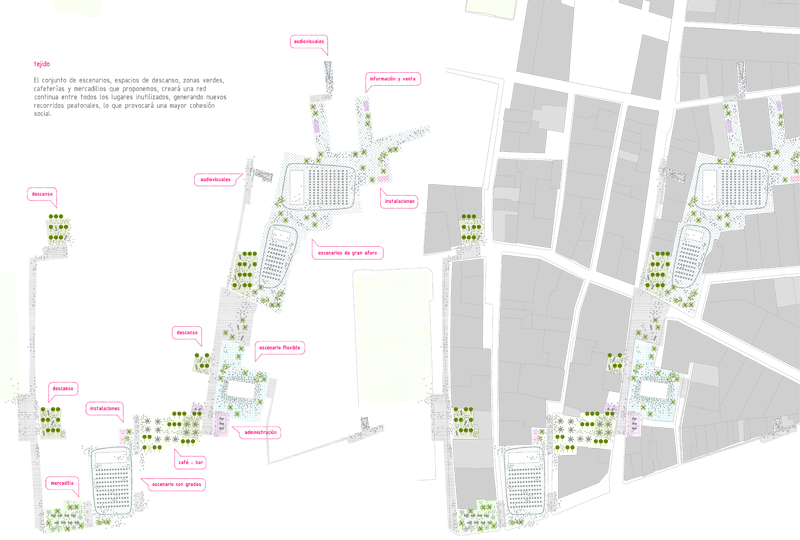 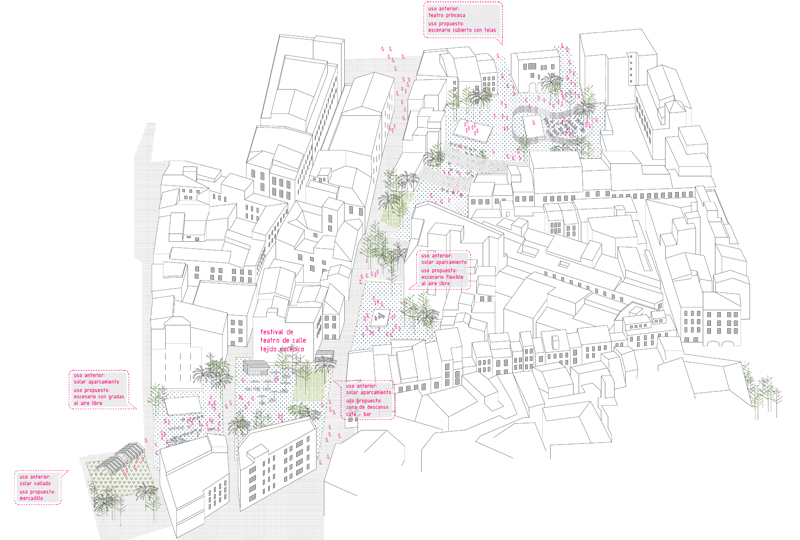 Velluters neighborhood takes its name from the artisans working with the silk which one day massively abandoned the area. This fact gave identity to the neighborhood at that time and also a sense of unity, based on a common activity conducted by local residents and recognizable to the rest of the city of Valencia.

Our proposal gives back this unifying quality to an area that today has lost its identity, through a new activity: performing arts. This new activity will temporarily use the empty spaces and, as a result, Velluters’ neighborhood will recover the character and unity it once had.

The second recognizable feature in the neighborhood of Velluters has also disappeared today. It was the old Princess Theatre, which was destroyed by the fire in February 2009, having been one of the largest theaters in Valencia, attracting people and activity to the neighborhood.

From our «scenic-fabric» project, we propose the creation of a new street theater festival on an annual basis, which commemorates the two main characteristics of the neighborhood, using existing abandoned places all over the area of Velluters.

Nowadays, most of the empty spaces are closed with fences or are beeing used as parking for the cars. This spaces should not be seen as a problem but as a unique opportunity in the city of Valencia to accommodate a new regenerative activity. Velluters is currently the only neighborhood in Valencia that has the potential to host a street theater festival in the heart of the city, thanks to the large number of urban voids that it has.

On one side we have the work of silk as an unifying fabric. On the other hand there are the performing arts as a memory of a past that now fills the empty space. Our «scenic-fabric» project, is a proposal that opts for protection and management of the values of the voids ​​in Velluters.