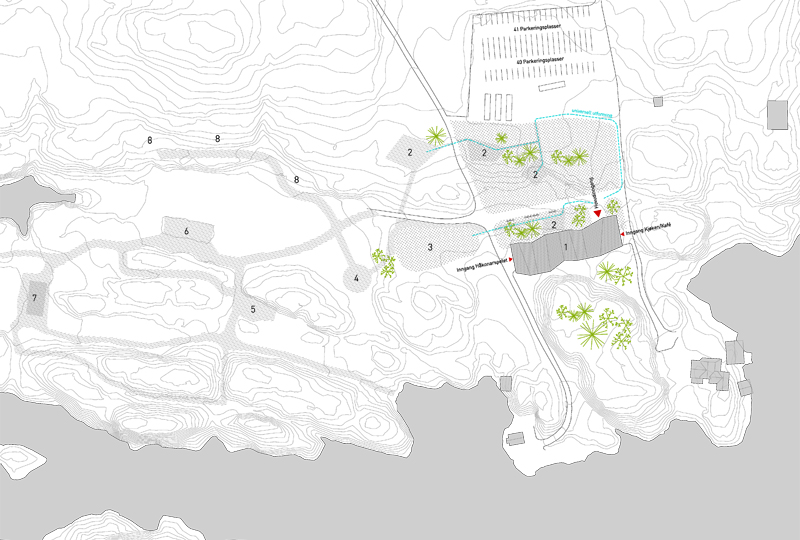 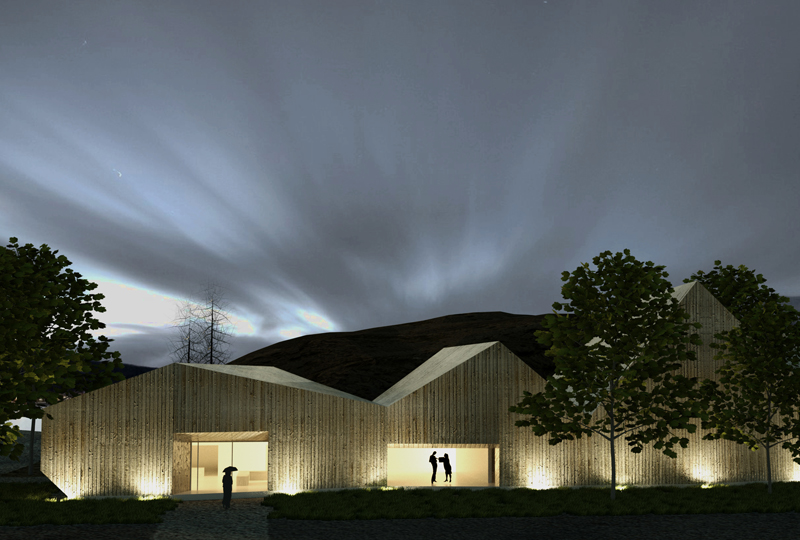 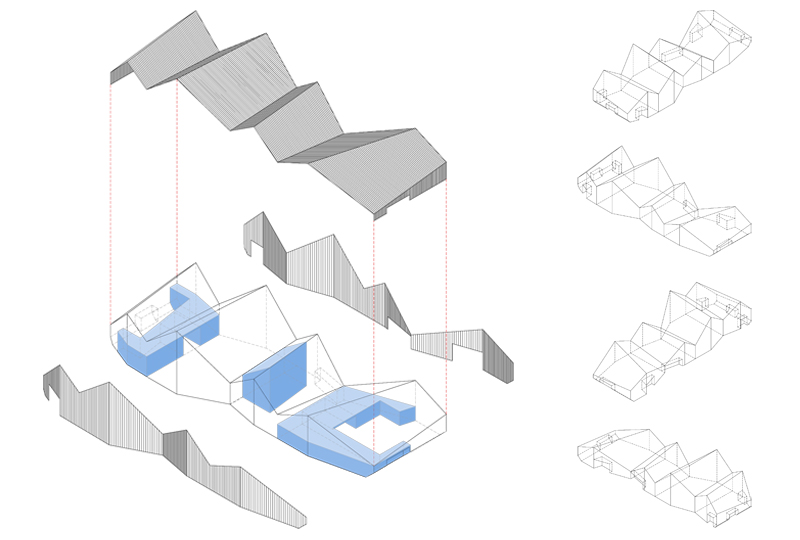 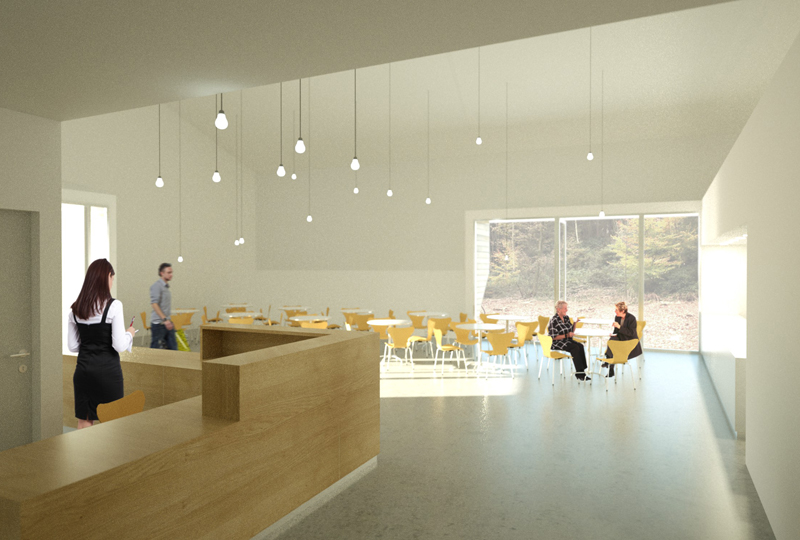 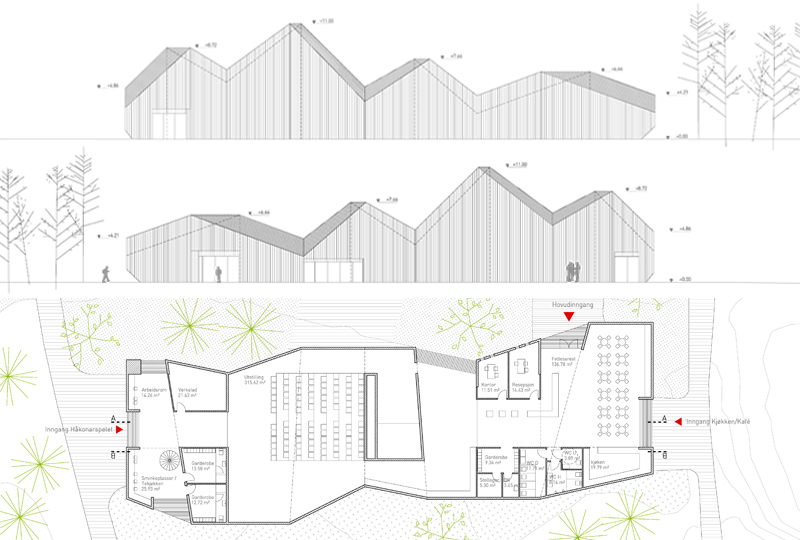 The project is conceived as a link between man, nature and the city. We propose a building that has a simple base, almost rectangular, enclosed in a continuous envelope made of wood.

Our building is an architectural work easily recognizable and representative, while respecting and adding something new to the existing environment. Even without resorting to a monumental volume, the museum will become a landmark and it will act as a focus for the activation of the area.
The shape of the building wants to be an echo of the surrounding nature, such as rocks and hills reflected in the nearby lake.

The heart of the building is the exhibition area, with the cafe at one end and warehouses, offices and dressing rooms on the other. The building has three entrances so that the different parts can be used separately. The main entrance to the exposure occurs through the lobby, which also opens onto the cafeteria. The cafe also has a separate entrance, so everybody can access it without disturbing the exhibitions. The third of the access links to the area where the shows are represented and is used by the actors and other staff.

Over the reception area we add a mezzanine, which can be used for future expansion (offices, library …)

The main exhibition hall is equipped with a telescopic grandstand that can be used as an auditorium. Both the building and the outdoor area are accessible to people with disabilities and is designed so that everyone can move easily around the place.