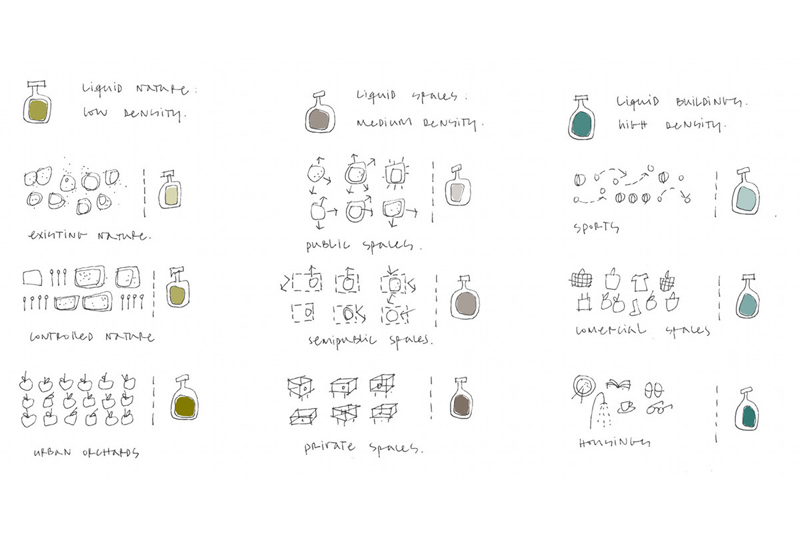 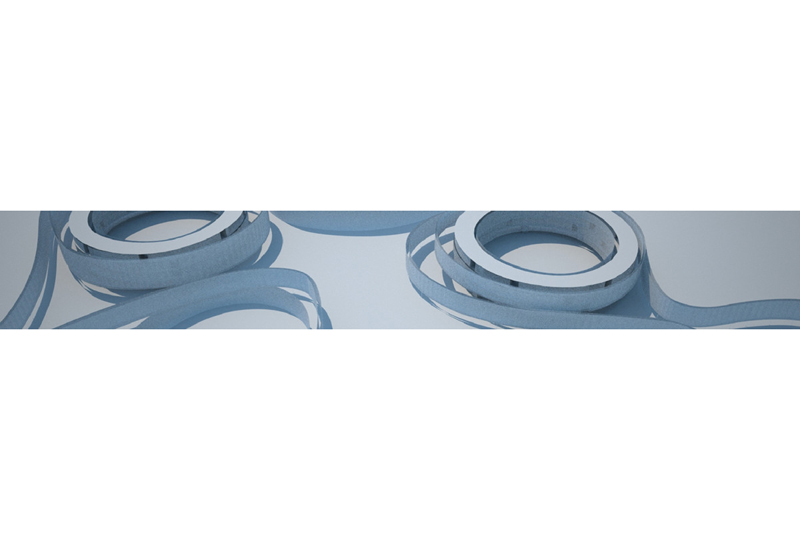 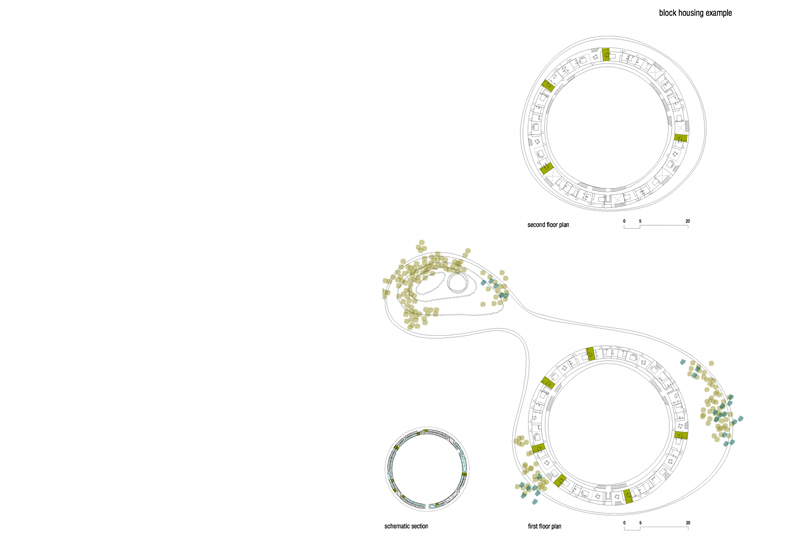 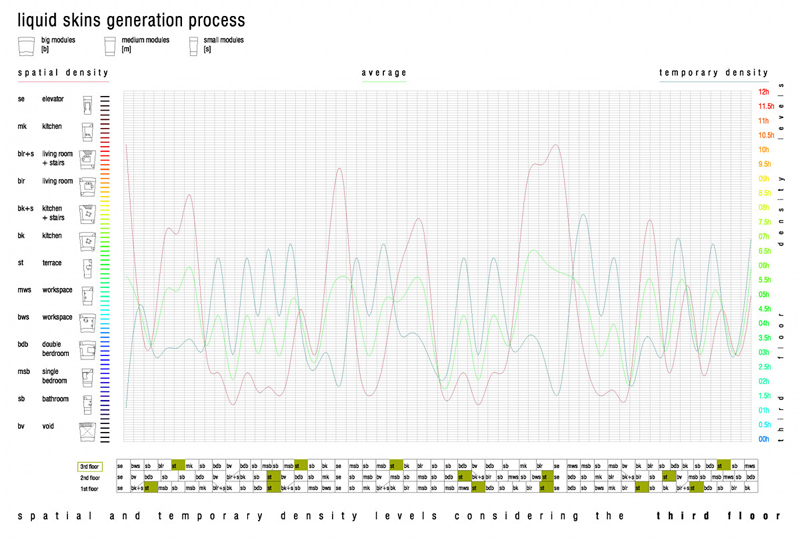 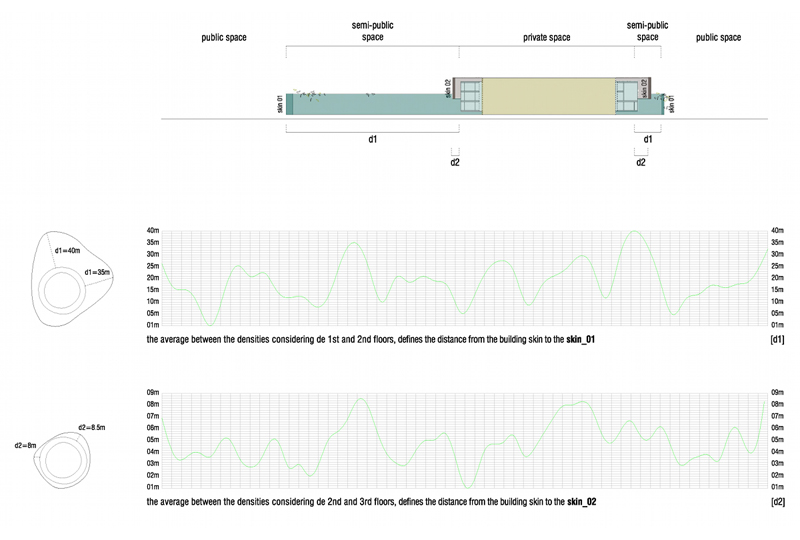 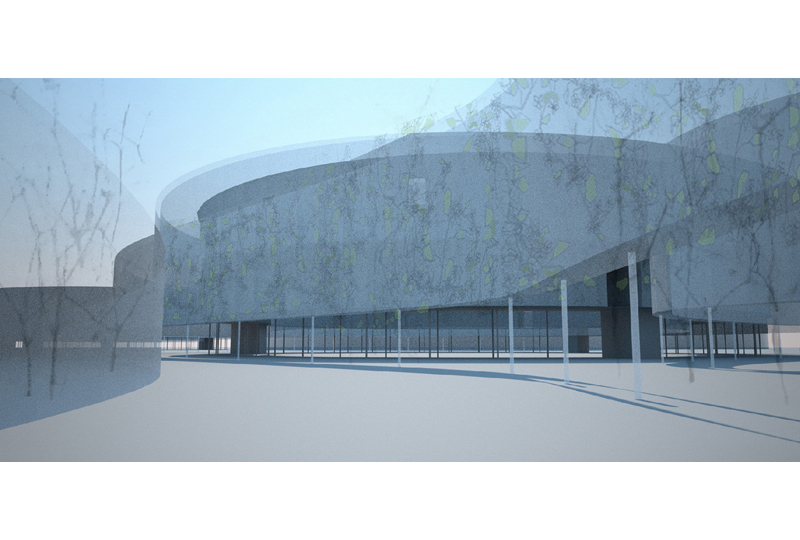 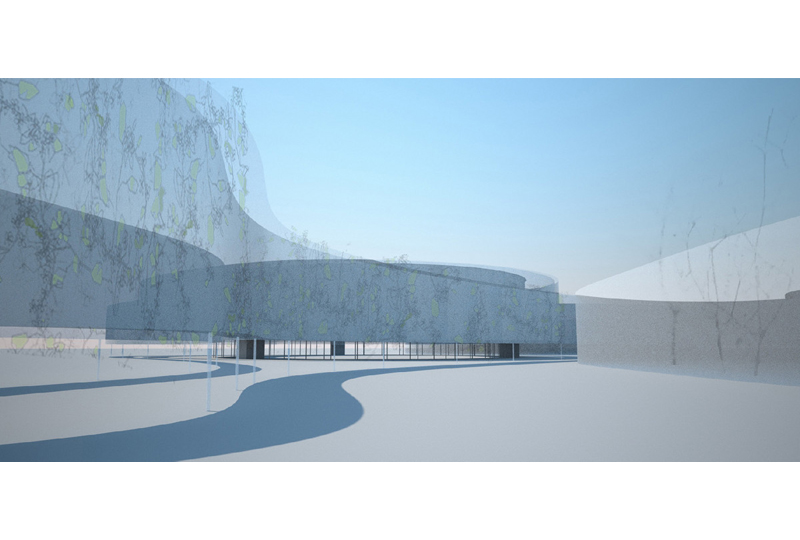 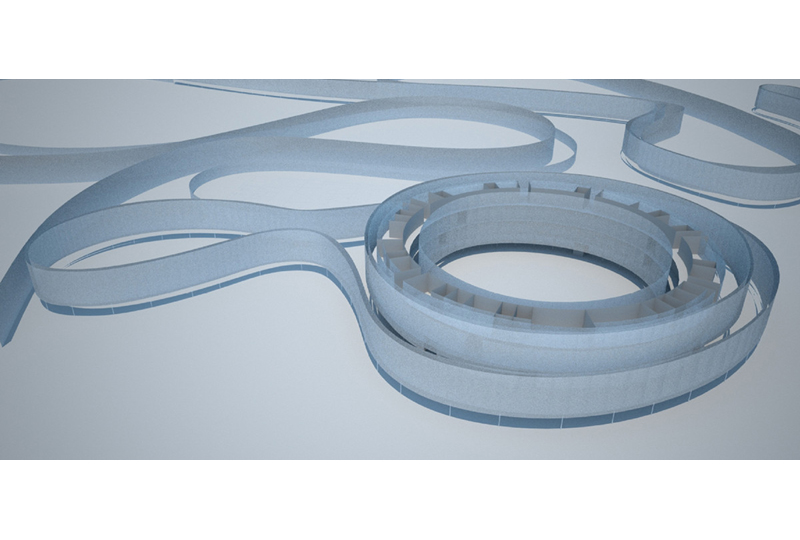 Our proposal understands the urban like a dynamic process in which the city, under different forces, is always becoming a different one.
As an opposition to the idea of a city like something predefined, limited, finished…, and its architecture related to the permanence of the material, we try to investigate a type of city that give form to the change, that in itself it lodges the idea of the temporality, just due to the fact of being human and of being all the human temporary.

Fluctuating urbanism: In contrast to the concept of establishing a too much defined, beforehand finished spaces… that leave little or no space for the intervention of interconnections and the energy flows, we understand urbanism like a fluctuating experience, changing, in continous movement. Thus, static previous spaces become now flowing expansions.

Intervention strategies: The highlight of this project is to offer a series of directives from which a certain urban structure can arise linked to the temporality, a structure understood like something always in change, exposed to the different unpredictable events. Our project strategy is to conceive that the elements which we are going to work with are liquids and therefore, they will have their own associate characteristics of its nature. We establish three different groups:
Nature, Spaces, Buildings. These liquids will be the creators of the urban space, which will arise from the different reactions that take place beteewn them, depending on their own physical properties. The structure of the urban space is made as result of frictions systems between different viscosities.

Friction between liquids: These liquids react in any way according to their degree of temperature, superficial tension, capillarity, viscosity, density,… In this way the liquid that is associated to the natural behavior, will have a low density, and therefore it will have more expasion facility than the liquid associated to the house, conceived like a high density liquid.

Liquid skins: On architectonic scale we propose a series of skins that help us to materialize the different forces, flows and tensions that arise as a result of the urban experience. The buildings will have several skins (different plants, crystals…) which move away, approach, expand or contract, always depending on the different efforts from the adjacent liquids which are putting them under pressure. The proposed «final» form will be the result of the study of the flows, densities and the changing energies of the surroundings…

Liquid skins generation process: We establish a strategy to determine the distance between the liquid skins, studying changeable values: Space [size of the modules and the number of persons that often uses them] Time [hours of the day that the modules are used]. Using the graphs, we obtain an average of densities that reflects the changes, the fluency, introducing changeable values as real shapes. A greater average of densities of the liquid denominated «housing” implies a greater distance to the liquid skin that surrounds it.